Summary of Student Loans in the United States: Facts and Rulings

This is an important issue to discuss because the cost of a college education is increasing and the need for a college education is something agreed upon by all intelligent people. Therefore, one must ask: What is the default ruling concerning student loans? What is the ruling if there is no viable alternative to a student loan for a person’s education? If it is permissible, is it permissible in order to obtain a higher degree or one must one discontinue such loans after completing the degree that one absolutely needs?

Muslims number about 6 to 7 million in the United States. By 2014, the number will increase to 16 million. 65% of those Muslims are under the age of 40, with 1.5 million being at least eighteen years old. These statistics show that the question of student loans is relevant to at least one million Muslims. This number increases to over 4 million if we include all under the age of forty. This makes it clear that this issue touches or will touch a large number of Muslims; this it is not a rare occurrence or an individual problem that requires a ruling for an individual alone.

The Demand for Loans

In 2004, 62.4% of college graduates had student loans. During the last decade, the average debt of college graduates was $19,200. 15.3% of parents also borrowed money to pay for schooling in 2004. Even 48% of students who were working had to seek loans to pay for their education in 1999-2000. The statistics demonstrate that the majority of students do not rely on their own personal income to pay for their studies. Instead, they have to resort to outside help, including student loans.

The Costs of Education

College tuitions vary from university to university and place to place. A survey conducted by the University of Houston concluded that an average cost of a year’s worth of schooling and living was $23,242. Recently, tuitions have been continually rising. Given all of that, it is clear that students are going to need financial assistance and part of that assistance may come via student loans.

Sources of Funding for University Studies

The University of Houston will be used as an example for this research since most universities in the United States offer the same sources and types of funding.

At the University of Houston the following sources of funding are available:

Scholarships from the University Itself

[These scholarships have some strict requirements from the University, such as] graduating from a recognized high school, being a full-time student carrying 12 units or more, having above a 3.0 GPA, being an American citizen or legal resident.

If a non-resident of Texas excels as a student at the University of Houston he may be relieved of the rather high non-resident student tuition.

The main difference between grants and scholarships is that grants are offered to students based on financial need while scholarships are given based on scholastic excellence.

At the University of Houston, there are a number of educational grants available. These grants are federal, state or private institutional grants. They include PELL Grants which are offered to undergraduate students, including non-citizen legal residents. This grant starts at about $400 per year. Other available grants include FSEOG, LEAP and numerous others.

This assists the student to engage in study-related work, earning income to assist in paying for education. However, the student is not allowed to work more than 20 hours per week.

There are other programs such as Summer Aid Program and the Illegal Immigrant Aid Program.

University of Houston offers nine different types of student loans. They vary with respect to amounts, time period, rate of interest, time period of being interest-free and so on. What they offer is similar to what other universities offer. The most important consideration for us here is the extent to which a loan is interest (ribaa) related.

As such, student loans can be divided into main types: (1) A subsidized student loan, based on financial need, in which the interest payments are carried by the federal government as long as the individual is a student in good standing. After graduation, he is given a six-month respite to pay the principal of the loan (with no interest then charged). After that time, the loan becomes an interest-bearing loan. (2) A non-federally backed (unsubsidized) student loan in which the student is exempted from repaying while a student and then bears the interest and principle payments after graduation. This type of loan is not based on financial need.

The various types of loans offered can actually cover up to 75% of the student’s total expenses.

Before giving a ruling for such loans, one must have a complete conception of the need for these loans in general and the need for them by Muslim students in the United States in particular. The following premises must be understood:

First, university education is of great concern to hundreds of thousands of Muslims in the United States. Those who live in this country are greatly in need of higher education. Thus, this need falls under a “general need,” to say the least, as understood in fiqh.

Second, university study in the United States is very expensive and is increasing faster than the rate of inflation. In fact, 50% of those qualified to enter college did not attend college due to financial costs.

Third, numerous sources of financial assistance are available to students in general. Some grants, for example, can cover about 50% of student fees.

Fourth, over 60% of university students have student loans. These are not only full-time students but this number includes over 50% of those students who have jobs as well.

At the same time, though, borrowing in the United States is not always due to “need” as defined in a fiqh sense. Borrowing and paying for things over time is part of the American culture—of which Muslims are part. So those who are not in need as well as those in need both borrow and pay interest. Even the level for “financial need” does not mean that the person is in a state of “need” from a fiqh perspective, as the federal standard for that is much different than the standard for begging in Islam or receiving zakat. Furthermore, when people apply for financial aid, it is typical that they do not actually state all of their income. Hence, it looks like they are in need while, in reality, they are not.

Given the above premises, the following conclusions can be made:

Second, interest does enter into this subsidized loan through another means. The student agrees to pay the interest on the loan if he does not pay off the entire principle by six months after his graduation. In this case, the loan would not be considered forbidden on its own merit—or intends what is forbidden—as it is possible for the student to pay off the entire loan without any interest during those six months. Thus, the prohibitive aspect is that it is a means to what is forbidden and not that it is forbidden in and of itself.

Third, “the act that is prohibited on its own merit is permissible only in case of necessity while that which is prohibited only as a means to something prohibited is permissible in case of need or overwhelming benefit.”[1] Based on this principle, education is a need, as we have shown. Therefore, it is permissible for a Muslim student to receive a subsidized loan if he believes that he will be able to repay all of it during the specific period, if he has a true need for such a loan. He would be in need if neither he nor his parents have the money to pay for his education and he is not able to get a scholarship or grant to cover his costs. Additonally, he is not able to earn enough money through work to pay for his schooling. In such a case, he can take a loan to meet his needs only, as what is done on the basis of need has to be restricted to what is needed only.

Fourth, as for unsubsidized loans, their impermissibility is clear as they contain interest. So they are haram based on their own merit and can only be permissible in a state of necessity. So it is not permissible for a Muslim to resort to them as university education is not considered a necessity according to the majority of contemporary scholars.

(a)  At what point could university education be considered a necessity allowing interest bearing loans.

(b)  Could the maxim, “a general need is to be treated like a necessity for permitting forbidden acts” be invoked for student loans due to the general need for them.

(d)  If such loans are considered permissible, would they extend to all levels or education or simply the minimum needed.

This is an important issue to discuss because the cost of a college education is increasing and the need for a college education is something agreed upon by all intelligent people. Therefore, one must ask: What is the default ruling concerning student loans? What is the ruling if there is no viable alternative to a student loan for a person’s education? If it is permissible, is it permissible in order to obtain a higher degree or one must one discontinue such loans after completing the degree that one absolutely needs? 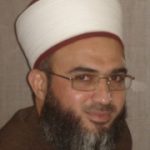 Dr Main is an experienced lecturer in Islamic Studies. In his teaching career, he has provided instruction and training to learners at schools as well as college level. He also served as an Imam of several Islamic centers throughout the United States and abroad. Additionally, he is a certified as a memorizer of the whole Qur’an with an Ijazah (License) ...
Read More