17th Annual Conference – The Challenge of Atheism among Muslim Youth

The Phenomenon of Atheism

A study on the rise of atheism in the west, the rate of its rapid growth, and its major causes. The study’s goal is to cover many aspects of the topics that Imams in America should know, along with  some or all of the following subtopics:

A study on the dominant ideas of the secular age, particularly in today’s America. The goal is to cover some of the historical roots behind these ideas, such as Europe’s Enlightenment Period, and how that translates into the rejection of the metaphysical (ghayb) and the supernatural (God & miracles) in many people today, among the below related subtopics that our Imam(s) sought to learn more about:

A study which showcases how emotional and social factors frequently propel people towards atheism. It may cover personal trauma, mental health issues, bad experiences with Muslims (such as racism), feeling like misfits in greater society (identity crises), feeling restricted by Islam’s ‘excessive rules’, encountering chaos within the Muslim community (lack of internal unity, confusing political alignments), and inadequate prayers spaces, among other examples.

The Argument for God

A study which presents the Quranic proofs for the existence of God, and the nature of God in the theistic traditions (particularly the Abrahamic ones, and especially Islam). The study incorporates how the correct belief in God debunks all the major proofs cited for atheism:

A study which helps counteract both factors (intellectual and emotional) leading to atheism in our communities. A roadmap is sought for healthy community dynamics, which could include but not limited to:

The Psychology of Conviction

A study on why people subscribe to religion and how humans develop their convictions. It would allot emphasis on “tarbiyah;” armoring the next generations early, preempting their doubts with sound knowledge, It would also benefit to highlight the ideal method of interacting with those already riddled by doubt, and the advice / strategy relatives should hear when consulting with Imam(s) about their doubting family members.

A study specifically on reframing our explanation of “faith” in Islam to resonate with the modern mind, while remaining true to our sacred texts and tradition. The aim is to cover:

The subject matter of ‘ilm al-farâ’id or ‘ilm al-mawâreeth (the science of inheritance) is the estate of the deceased. It is a division of fiqh (Islamic jurisprudence) that requires some understanding of mathematics as well. For this reason, it is usually mentioned as a separate discipline by itself. This is also so because of its importance and the fact that mastery of it is rare, even among scholars. It is a fard kifâyah (communal obligation) to learn it for the obvious objective of being able to distribute the estate of the deceased justly among the heirs, as prescribed by Allah.

In this course, we will attempt to have a basic understanding of this science, with a special focus on the following chapters:

Dr. Hatem AlHaj, M.D Ph.D: Dr. Hatem was born in Cairo, Egypt and currently resides in the United States of America. He was granted his PhD in Comparative Fiqh from al-Jinan University, Tripoli, Lebanon and his MA in Islamic law from the American Open University. Dr. Hatem is the chairman of the Academic Committee at Mishkah University and a senior member of the Fatwa Committee of AMJA.

Yaser Ali, Esq. is a graduate of UC Berkeley School of Law and is trained in classical Islamic Inheritance law. He is the co-author of the American Bar Association's guide to Estate Planning for the Muslim client.

This training will share important techniques that imams and mosque leaders can take in increasing levels of generosity and financial resources for their communities. The training draws upon the leading fund raising training program, Indiana University Lilly Family School of Philanthropy (School). The School trains over 7000 fund raising professionals every year and includes the Lake Institute on Faith and Giving, The Fund Raising School and the Muslim Philanthropy Initiative.

Dr. Abdalla Idris: Dr. Abdalla served as imam and director, and founded the first full-time Islamic school in Toronto, Canada. He served as the principal of ISNA Islamic Community School for 17 years. He also served on ISNA’s Executive Council, Majlis Ash-Shura, Youth and Education Committee and as president of ISNA for two terms. He is the chair of the Islamic Media Foundation, a member of NAIT Board, a founding member of CISNA, and chair of ISNA Education Forum. Sheikh Abdalla was appointed director for CIENA in Kansas City, Missouri. He served on the board of trustees of IBERR, which serves minority communities. He is currently working as the executive director of ISNA Canada.

Monday post-conference workshops: $125 for Imams and Students of Knowledge. Includes: 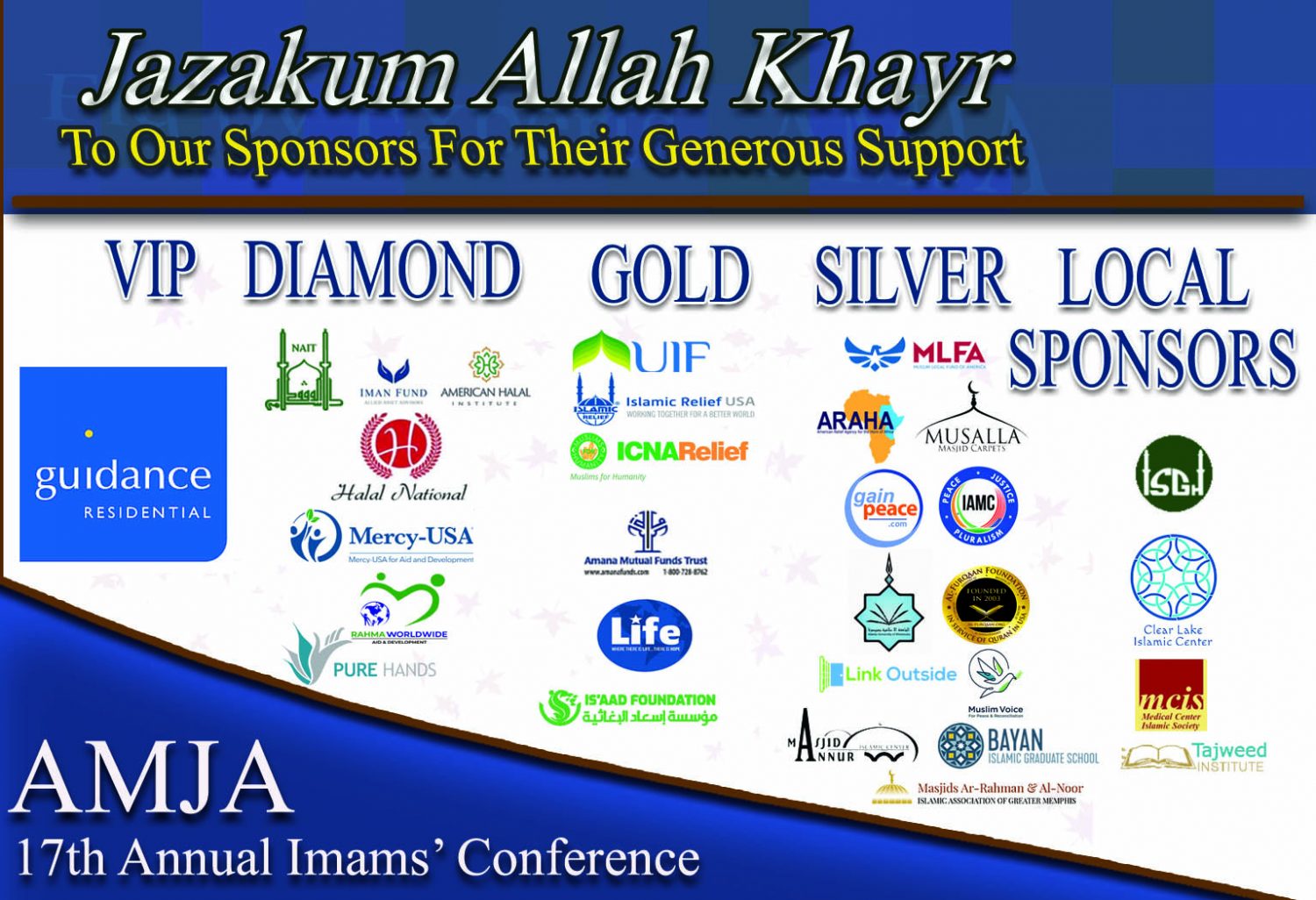